Event staff will always, to the extent permitted by the rule book and the situations presented, to
resolve a problem fairly.

If the rules do not cover a particular incident, Event staff reserves the right to govern and
change rules as it deems appropriate and in sportsmanship, integrity and spirit of the game.

If necessary, the Tournament Director can make decisions that change the rulebook to ensure
the integrity and spirit of the game remains preserved.

All prize amounts are in Danish kroner.

Tournament management will be discussed in this set of rules, it includes posts such as, but not
limited to Tournament Admins, Casters, Event Staff or anyone else involved in the Tournament
run.

Teams are expected to attend all official Event engagements, not limited to team briefings,
tournament matches, signing sessions, fan meetings, pre / post-match interviews and other
public relations, within a reasonable timeframe before their next match starts.

Delayed start of such engagements can result in warnings, penalties and, in the event of a fight,
loss of matches.

All players are expected to treat Tournament Administration, other players, event staff, partners,
press members and fans with the utmost respect.

This includes all equipment and hardware provided by the tournament and venue.

Damage or breach of such things may result in penalties and fines.

Players should remember their language when communicating with event staff, opponents,
press members and others.

Continued vulgar language can result in warnings and penalties.

It is expected that any correspondence between players and tournament staff is considered
strictly confidential and may only be published by the event or the like..

Generally, all sponsors / partners logos / brands are allowed on player clothing and peripherals.
Exceptions to this include: adult / mature themes such as pornography and drug use.

Cases will be discussed individually.

Sponsor logo sizes of jerseys must be sized within reason to such an extent that a single
sponsor logo does not become the focal point of the jersey.

An exception to this rule is the team’s own logo.

Each team will be named as they are commonly known, without any title sponsor.

Teams will be allowed to play online league matches from the event as long as they do not
conflict with the activities of the event, including but not limited to official matches, media and
press commitments.

The event will enforce a restriction on the fact that teams and league organizers do not
schedule two Event teams to play an online match while teams participate in an Event event.

The teams have a responsibility to report to the league organizer what opponents they cannot
play during these periods.

The event will communicate by Event, what times and dates are
reserved for official Event activities and therefore where teams can schedule, to arrange
matches in their spare time.

Participation in an Event Event is considered from the date of arrival to departure unless
otherwise stated.

All tournament personnel are responsible for ensuring a fair, well-planned tournament first and
foremost. They will monitor the behavior and behavior of all team members, issue warnings and
penalties when needed.

The total prize pool for the Event is listed on the Event website and benefits as well as listed
there.

5.1. Qualified players
A team can consist of up to 5 starting players and 2 substitutes, which must be submitted at
least 1 day before the start of the match. Team coaches can NOT be used to fill the substitute
position.

5.2. Coach(es)
A team may submit a coach who is eligible to stand behind the team and communicate to the
team during the match. During the match, the coach can only communicate during tactical
timeouts and half-time / side changes. This also includes overtime and side changes in
overtime.

6.1. Event schedule
The full schedule will be provided to all teams at least 48 hours prior to the event in a separate
document. However, it may be at smaller events and events that this will not be handed over to
the players. The schedule provided is a template for when the matches should be held at the
latest.

6.2. Setup/ Warmup
Teams will be given at least 20 min setup and warm up before their first match each day. From
there, there is no more setup / warm-up time as matches follow one another. Unless a player or
coach is required for other official duties, e.g. An arena run-in or an interview on the broadcast,
all players and coaches must be seated at their desks, ready to play any match 15 minutes
before the match.

Tournament starts off with a group play of 4 teams per group which are played best of 1.
The group play will be used to seed the upcoming Double Elimination tournament.

Matches will be played on EU West.
On map creation use the following:

9.1. General
Players are allowed to configure certain aspects of their PC, software and game client or
monitor settings to suit their preferences. These include, but are not limited to:

It is recommended to take pictures of their graphic settings and other important settings so that
they can easily replicate them.
Players can submit the name of the drivers they need for tournament management at the same
time as configuration.
Players will only be allowed to use drivers from the official manufacturer’s website. Razer
Tournament Drivers will be created on the admin PC in front of the Tournament Administration.
Players should screen their home settings and bring them to the event to make sure they create
a driver with the correct settings.
No other software or configs will be allowed once the tournament has started.

10.1. Player provided
Players will be expected to bring the following hardware and any spare parts with them for the
duration of the event.

The event provided gear could be of any make / model.

Tournament admins reserve the right to request any piece of gear provided by players to be
held at the event site to be inspected for evidence to provide an unfair advantage.

10.2.Venue provided hardware
Players must use the monitors, PCs, headsets, tables and chairs provided by the Event if this is
part of the tournament schedule, for example during stage matches.
If there is a problem with the hardware available to player at the Event, it must be reported to a
Tournament Manager at least 30 minutes before the match starts.

The training area is where one’s team is located, or at the specified stage area

11.1. Access
Teams are allowed to have 7 people in the playing area.
This includes 5 players + a coach and a non-player related media employee

11.2. Documents
Teams are allowed to carry physical books and folders with them during the match

11.3. Food & Drinks
All types of food and drink must be placed under the table, out of sight during stage matches.
Food on the stage can only be approved if it does not pig the stage.

11.4. Clothes and bags
No jackets or coats are allowed to be left on stage during a fight. This implies that they are hung
on one’s chair or under the table.
If possible, players must wear player jerseys at all times when they are on the stage.
If an item, such as a hoodie, has been judged to provide an advantage, you may be asked to
take things off.

11.5. Electronics and USB devices
No member of a team may bring any electronic device or USB device other than gaming
peripherals to a tournament area at any time during the tournament.
This includes but is not limited to mobile phones, smart watches, tablets, and laptops.
The only exception is a phone if a player must use it to log in to steam, which must be done
immediately after reaching the stage and then handed over to tournament officials.
Players may be subjected to random metal detector tests at any time in a tournament area

12.1. Leaving the stage
Players are not entitled to leave the stage at any time during the build-up to or during a match
without the express permission of their tournament referee.

12.2. Leaving the server
Players may not leave the server without the express permission of their tournament referee or
until the match is over.

In case a player leaves a server without permission and does not return in time for the next
round, a break will not be granted

12.4. Scripts
All scripts are prohibited except for purchases and toggles. If a team / player is unsure of a
script’s validity, they must contact the tournament staff before use.

12.5. Cheat
Cheating in any form is expressly prohibited. Any fraud will be dealt with with immediate
punishment for the player and / or the team.

12.5.1 Fair Play
The tournament uses fair play rules. Blaming, racism and mockery of religion is prohibited and
leads to punishment. Intentional provocation of an opponent is forbidden by the threat of
warning.

Participants should address the referees politely and respectfully.
If a participant intentionally attempts to sabotage games, other players or tournament
organizers, the player will be disqualified.

12.6. Changed data
No player may use any kind of custom game files that can manipulate the following, but not
limited to skin, crosshairs, scoreboards, player models, weapon models and sprites.

12.7. Communication
No players can communicate with anyone not involved in the match, even if the game is
paused. Involvement in the match is limited to players, coaches and tournament staff.

12.8. Chat
Game-related chat is allowed, for example, asking the opponent’s hp or asking a question from
the tournament officials. Players should not report technical issues or advertise any company,
products, sponsors or services.

13.1. Interview
Both the winning and losing team must provide one, from the team or team coach, for an
interview immediately after the match if requested by the media crew.

14.1 Warnings
Punishments will be given in more serious offenses that are not limited to, but include:

Penalties can result in a mix of, but not limited to, map loss, disqualification and bans. 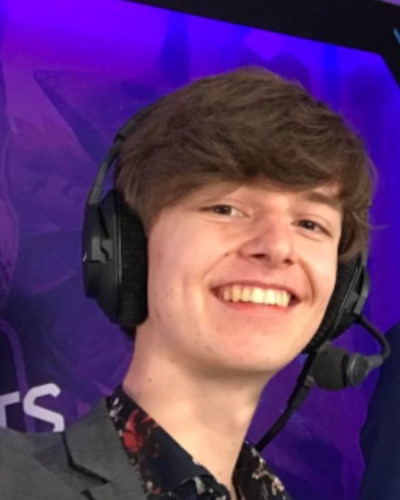 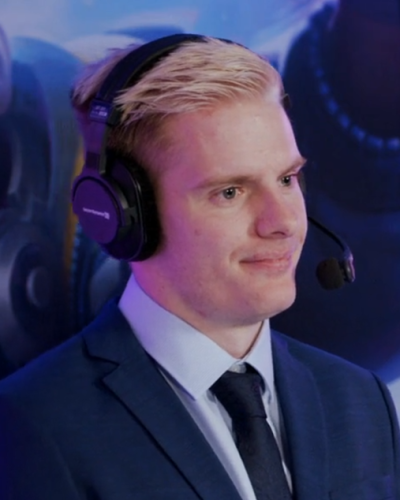