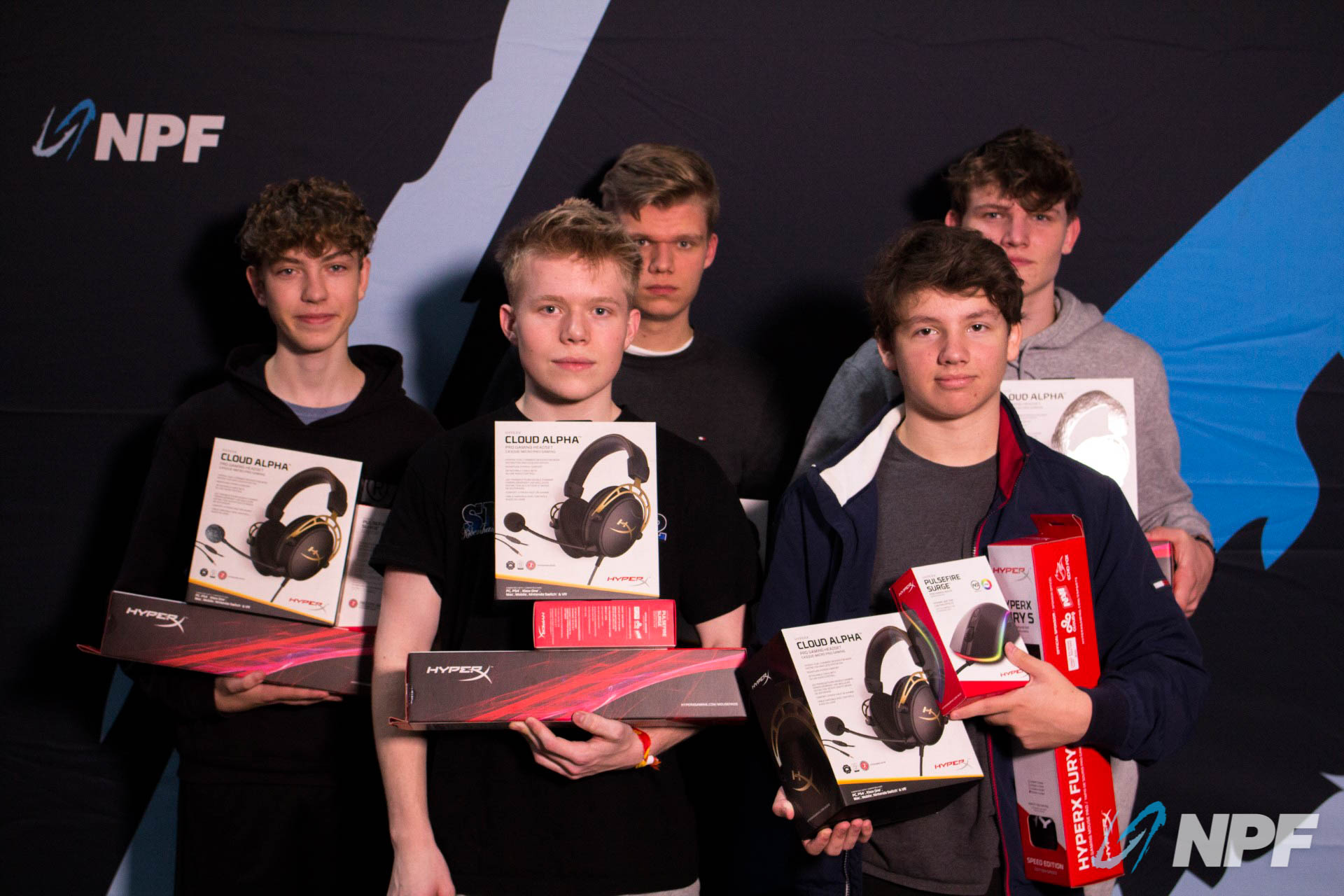 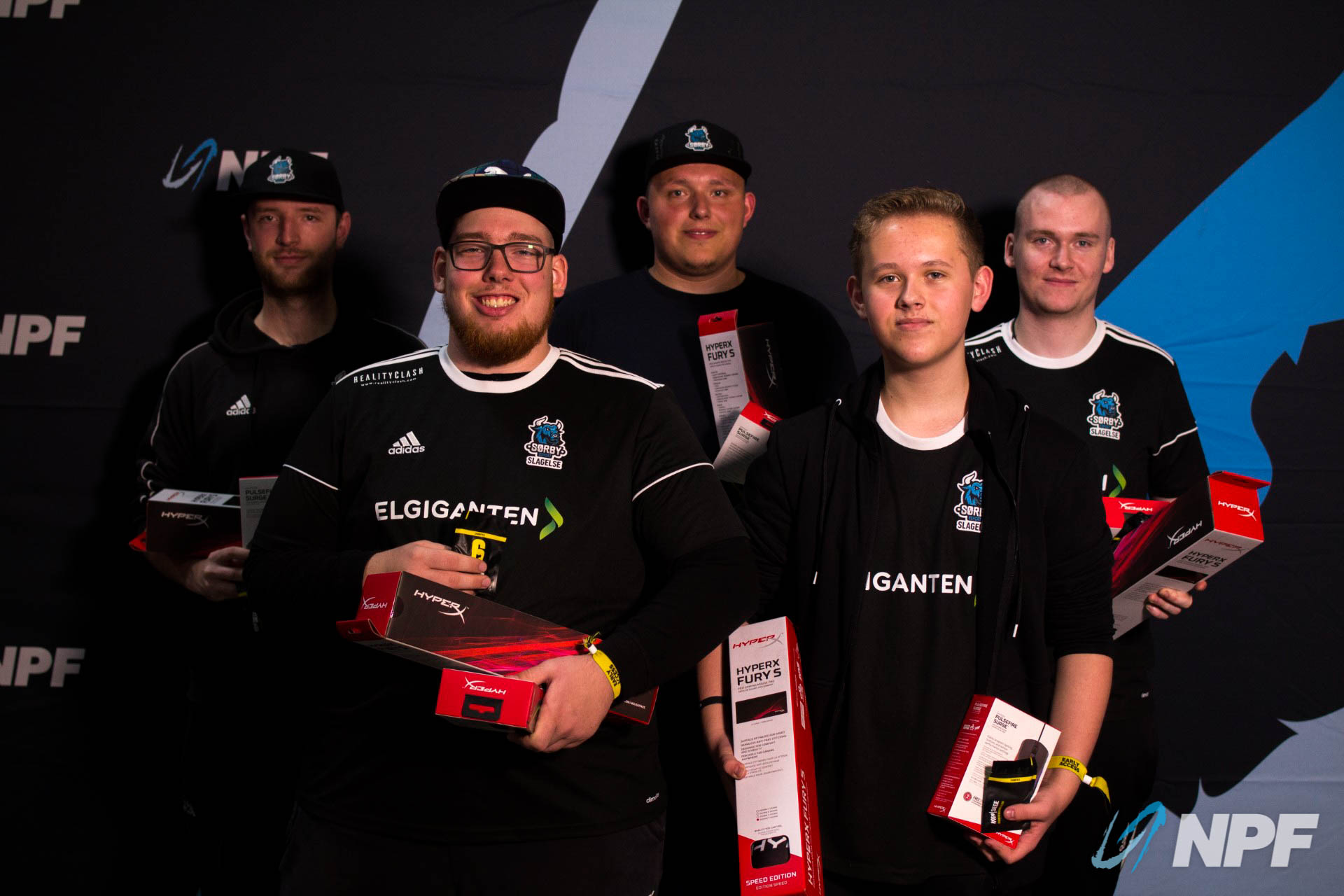 AGE REQUIREMENT All players below the age of 18 need a consent from their parents. This can be written or sent to competition.nordic@ubisoft.com (must be sent from your parents email) The email must include: Your Name, Age, Country, Uplay name (Subject: R6 Consent if by email)

TEAMS If any of your accounts has previously been banned for cheating, you are considered in quarantine for 2 years from date of the ban.

Each player can only participate on one team during the tournament.

All matches will be played with 5 players per team, if you are 4 or less, you will receive an auto-loss regardless of any agreements you have made with opponents.

It is only allowed to substitute a player before the match starts. If the match is started (picking operator and spawn points) all 5 players of a team must play the game till the end. It is possible to switch players in a Bo3 between the maps. A team with less than 5 players will be disqualified.

You can substitute the players before start of each match.

HOW TO BEHAVE Any form of toxicity and unprofessional behavior will be punished. Keep both Discord, Match lobby chats and in-game chat professional and clean.

Going against any of these rules can lead to permanent exclusion from the tournament and all future tournaments hosted by Ubisoft.

AFTER LOBBY IS CREATED At this point, please be advised to talk with the opponents and add each other on UPLAY, so you can invite each other in the game.

Please do the map voting before you enter the stage. The match must start no later than shown in the tournament admin tool. If an opponent team is not ready to play after the time has run out, the team that is active and has been there will receive an auto-win.

Players are responsible for their own hardware / PC / Setup. Matches will not be rescheduled because of technical issues or to substitute a player. If a team can’t play with 5 players, this will be resulted as forfeit.

INSIDE THE GAME Due to potential advantages or bugs/glitches the following items are not allowed: – Wind Bastion skins – Blood Orchid skins

No Show – If a team is not ready to play 15 minutes after both teams have an opponent, they should be reported as a no show to an admin on the showfloor or Discord.

Re-host – You as a player can ask for a re-host if you have issues with the game. Please note if the round has started (from first second of the prep phase) a re-host cannot be done before the end of the round.

If a re-hosting is needed, each player need to choose the same settings as they picked at the start of the round.

Macros – Macros are not allowed, and if discovered, it will lead to a permanent ban from the tournament and future tournaments.

Pause – If a player pauses a game, they must state the reason for the interruption by calling the admin on Discord and how long it will approximately take. The pause cannot be longer than 10 minutes. In rare cases we will allow for longer breaks in case of emergencies and game / platform-related issues.

Any actions in-game that result in an unfair advantage are illegal. This includes bug and glitch using of any kind. In a tournament using any bug, glitch or cheat will result in the team receiving a warning, and if it happens a second time, the team will be disqualified. To report a team for glitching / using bugs, take screenshots and call an admin immediately. Keep in mind that elevated pings do not count as an unfair advantage, unless it exceeds our maximum limit.

Cheating of any kind is not allowed in this or any of the tournaments hosted by Ubisoft.

Any person that has a standing cheating ban by Ubisoft for Rainbow Six: Siege is ineligible to participate. Same goes for ‘’boosted by cheater’’. If your issue is under investigation, sign up for the tournament once you have provided proof that the ban has been lifted and/or case has been closed in your favor, otherwise you will be automatically removed from the tournament.

In order to receive any prizes, the team must complete their matches. A forfeited match will impose a penalty to the team by only counting the result of the teams last completed match.

TOURNAMENT FORMAT X teams in a single elimination bracket. All matches are played best of 1 map.

It Is important that a screenshot is taken (F12) of the scoreboard to store it just in case an admin approaches you, and make sure you update the correct score after your game into the match room!

GAME SETTINGS Matches have to be played with the following settings (Different agreements are not allowed):

Operators All operators are allowed to be used. (incl. all DLC operators)

STREAM Only top bracket matches will be streamed and shown by our commentators on www.twitch.tv/Rainbow6Nordic

SUPPORT When contacting an admin on showfloor or Discord, please make sure to have your match lobby URL ready, as he can directly go into the match room and help much quicker, this will save time for everyone. In cases of on hold / Cancelled matches, do the map ban in-game, screenshot the score and contact the admin directly after on Discord with a match lobby URL, if you cannot see the URL, ask your teammates to send it to you.

ADMINS Decisions made by Ubisoft are final and cannot be contested. If you wish to complain in any way, send an email to: competition.nordic@ubisoft.com with the title: ‘’Complaint R6NC’’ The tournament admin can change any rules if it is to give the best possible experience for competing teams and viewers.

Klik her for at få de seneste NPF nyheder direkte i din indbakke!